The true warrior isn’t immune to fear. She fights in spite of it.

Ilima-Lei Macfarlane is a Native-Hawaiian professional MMA fighter from Honolulu, Hawaii. She grew up the youngest of six kids and played sports for Punahou School until she graduated in 2009 and moved to San Diego to pursue higher education. It was there that she received her Bachelor’s Degree in Cultural Anthropology and her Master’s Degree in Liberal Arts and Sciences with a focus on indigenous issues from San Diego State University. It was also there at SDSU where her interest in Native-American culture and combat sports were piqued. Initially going to school to become a social studies teacher, her life took a slight detour when she walked into an MMA gym on her way to work.

Two years after stepping foot inside that gym, she found herself stepping foot into the cage of one of the largest MMA promotions in the world making her professional debut with them. Since then she has amassed a professional record of 11-1 and in 2017 became the inaugural Bellator MMA Female Flyweight World Champion. Ilima-Lei was able to successfully defend her belt four times, including twice in her hometown of Honolulu, HI at the historical Blaisdell Arena, in what many consider one of the greatest moments in Hawai’i MMA history.

When Ilima is not inside the cage, you can find her pursuing her other passions with the same fighting spirit. After learning about the MMIW movement and the epidemic of violence against native women, she decided to create a scholarship program and her own foundation to empower these young women around the world. She believes that a life worth living is one in service of others. You can also find her on the frontlines of indigenous movements protecting sacred sites, working with kupuna (elderly) and rescuing shelter dogs. She is currently living and training full-time in San Diego with her partner and their dog pack, but frequently comes back home to the islands when she can. 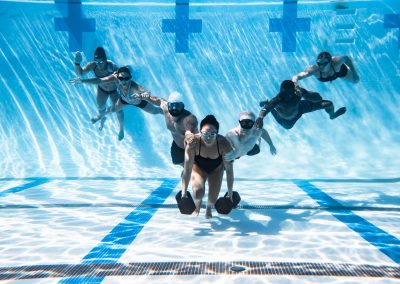 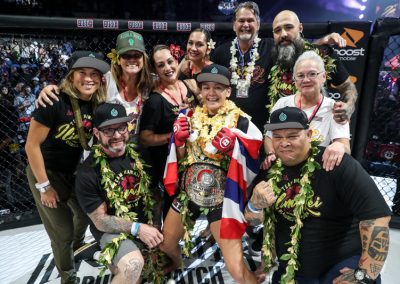 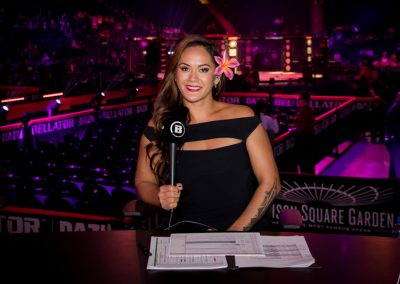 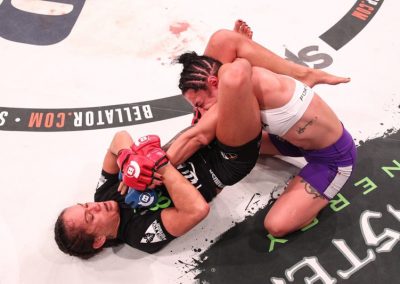 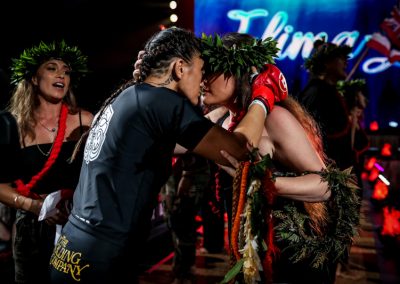 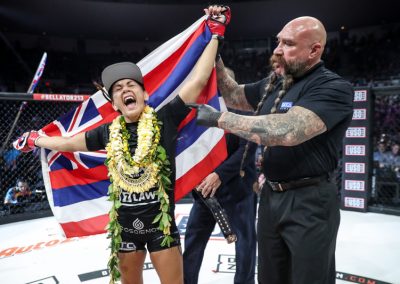 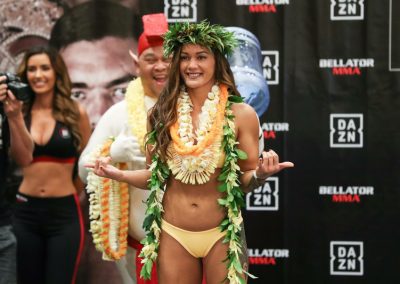 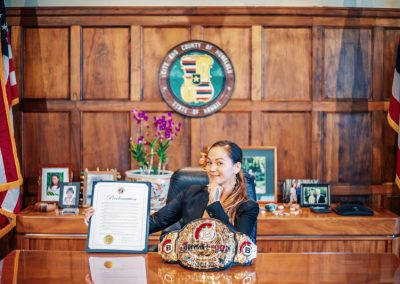